Here are two of the comments/thoughts  I picked up on the way back from my little Odyssey (*). I found them deserving of an "in-a-nutshell" label. (Sorry, I lost the sources).

"A Trump victory may not be your victory, but a Hillary Clinton victory will be your loss"

"It is mainly racists who voted for Obama and  it will be mainly Sexists who will vote for  Hillary Clinton".

But it is not the racists or the sexists that worry me most,   it is the herd, made up of morons (time is running too short for euphemisms). 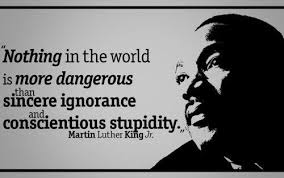 Here is something Dietrich Bonhoeffer wrote about them:

Translating this ^^^ letter from Dietrich Bonhoeffer (1906 - 1945)  taken from his "Letters and Papers from Prison" I was not quite sure how to translate "der Dumme"  and "der Böse".  The first can mean: Idiot, Moron, Stupid and "der Böse" could be translated as "Evil, Malicious, Wicked, Villain" and even more.

"Stupidity is a more dangerous enemy of Good than Evil.

One can protest against Evil, it is possible to expose it, it can, when necessary, be prevented by violence, because  Evil always carries within the seeds of self-destruction by leaving behind at least a discomfort in people.

Against stupidity we are defenceless.

Neither protests nor force can achieve anything here; reasoning does not work; Facts that contradict their own prejudices, simply don't  need to  be believed - in such cases, the Moron becomes even critical - and if they (facts) become inevitable, they can easily be pushed aside as insignificant isolated cases. Here the Moron is completely satisfied with himself, in contrast to the malicious one; yes, he  becomes  even dangerous, when,  easily irritated, he goes on the attack. Therefore, the Moron must be handled with  more caution than the malicious one. We will never again  try to convince the fool with reasons; it is useless and dangerous."

And then I also  found this on Vlad's blog: it is inspiring, emotional, bombastic, a bit over the top just the way I like it !

But, about that first "debate" that had Donald Trump poised against two  collaborating adversaries, each  dishonest in their own way, he lost it because he did not get down in the mud with them. You cannot win against dirty fighters by being a gentleman just as you cannot win the war that Islam has declared on us by doing the Kumbaya thing.  Watching the successive traps Trump stumbled into, I also saw that Clinton's lowering her glance incessantly down to  the pulpit was not a coquettish batting of her heavily enhanced eyelids, but a suspicious kind of looking up the recipes for her Ad Hominems that were as planned as they were nasty. THIS twitter post seems to confirm my suspicions, as does this one.

PS: I wish though Trump would somehow moderate his hairstyle, I really mean that !!!

(*)  People who work in Australian hospitals are the very  best, visiting friends/family  of patients who stay on and on and on, loudly and wayyyy past visiting hours are the worst .
Posted by Rita at 23:07 No comments:

UN Corruptocrats and their Refugee Sanctimony

Spare Us (your) Refugee Sanctimony !"

So the title of an article written by  Michelle Malkin, a senior editor at the Conservative Review,  published on the 21. September, 2016. The prose that follows is as feisty as the title and when I grow up I want to write like her. For the moment though, I will just copy her gutsy article, unaltered and in toto. 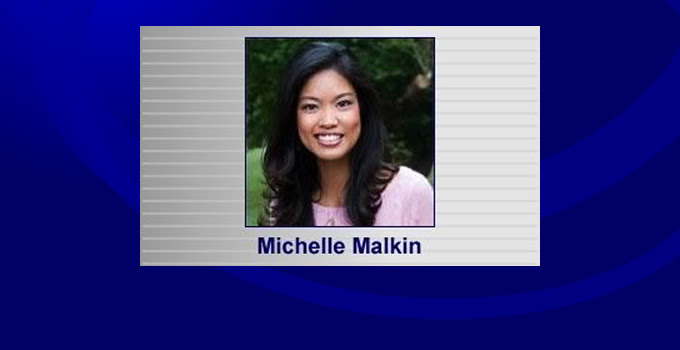 Another United Nations summit in New York. Another finger-wagging extravaganza. Another useless “historic declaration” (nonbinding, of course) to save the world (by holding another summit … in two years).

As America reels from the latest terrorist attacks by Muslim refugees and immigrants in New York, New Jersey and Minnesota, the world’s global do-gooders filled the Big Apple with their humanitarian hot air. U.N. officials convened in NYC this week to push for “collective action” to “protect the rights of refugees and migrants, to save lives and share responsibility for large movements on a global scale.”

Let me put this as politely as possible: Bug off, U.N. nitwits.

But the real problem, the U.N. elites tell us, is “rising xenophobia” in countries whose citizens are sick and tired of open borders. If only we uneducated heathens who oppose unfettered mass immigration to America from America-hating breeding grounds learned to appreciate “diversity” more, a Skittles-colored rainbow of peace and harmony would reign.

And yes, I know, “Skittles” is now a trigger word after Donald Trump Jr. used the treats in a completely innocuous homeland security meme on Twitter to illustrate America’s inability to separate murder-minded refujihadis from legitimate refugees escaping persecution.

To which I say: Suck it up, snowflakes. Terrorists are teaching their kids to slice throats and you’re whimpering over candy analogies? Talk about candy-asses.

Not to be outdone in the international sanctimony Olympics, President Obama used center stage at the U.N. General Assembly to rail against self-preservationism in favor of “global integration.” Instead of a full-frontal fusillade against al-Qaida, the Islamic State and all the other homicidal spreaders of Allahu Akbar-it is, Obama aimed his sharpest barbs at American supporters of Donald Trump and U.K. voters who voted to withdraw from the European Union.

“A nation ringed by walls would only imprison itself,” he lectured.

(Pay no attention to the brand-new fence at the White House now nearly 14-feet high to protect Obama from unwanted outside “integration.”)

This week’s U.N. production of Caring Theater is just the latest attempt by the world’s most feckless social engineers to compensate for their own abject, chronic failures.

The U.N. Commissioner for Human Rights, Zeid Ra’ad Al Hussein, bloviated against “race-baiting bigots, who seek to gain, or retain, power by wielding prejudice and deceit, at the expense of those most vulnerable.”

What he didn’t talk about: the decades-old corruption, fraud, and abuse perpetrated by the U.N. itself and its vast refugee bureaucracy.

In Malaysia, U.N. refugee officials have been implicated in black market schemes to sell United Nations High Commissioner on Refugees cards and false identity papers in order to get resettled in the United States, Australia and Canada.

All that came in the wake of the latest U.N. rape epidemic earlier this spring involving peacekeepers in the Central African Republican who sexually abused civilians, including more than 100 girls in one prefecture.

That outbreak follows years of brutal exploitation by U.N. staff members in Nairobi who shook down African refugees seeking resettlement in North America, Europe and Australia while the U.N. looked the other way. And that scandal ran parallel to another widespread U.N. peacekeepers’ sexual predator ring involving refugees that stretched from the Congo to Bosnia and Eastern Europe.

U.N. brass downplayed the barbaric treatment of refugees in its care as the result of a few rogues. But rape rooms and internet pedophile video productions were run by senior U.N. officials and other civilian personnel, untold numbers of whom fathered babies with young girls and teens held as prostitutes and sex slaves. Nothing has changed.

Before the world’s policemen barge in on us again to denigrate our efforts to protect our home, they should spare us the refugee sanctimony and clean up their own.
Source

The Ballad of Oslo's Children


This is for my friend, yucki

Here is an interesting article by Caroline Glick, who writes about the hostile eulogy  delivered by the Jew Hater in Chief from the White House  at  Peres's funeral:

"Obama was not merely wrong when he accused Peres’s detractors of support for slavery -- he was maliciously wrong."

In my opinion, Glick will one day make an excellent successor to Golda Meir.

The Next French President?

And herewith I declare the French Election Campaign for the next President of France:

Vote for her, for MARINE LePEN,  if for no other reason than  to teach  the self-appointed "elites"  (media and politics)  who despise you, a lesson. Please do !!!

Yes, I know, she has put more water into her wine than I would have liked, under the guidance of  Florian Philippot  but I cannot see any alternative emerging  between now and 2017.

Coming out of the Closet...


just like one of the most colourful and charismatic figures at the moment:

Now, in Australia, we have a new(ish) Prime Minister who arrived at this exalted position by stabbing one of the truly  "conservative" Australian Prime Ministers, Tony Abbott,   in the back. He - the new one - by the name of Malcolm  Turnbull,  is - at heart -  a leftie, and , just for the health of his "soul" I will give him a little musical hint of how to do it....that thing of "coming out". We (the taxpayers) would rather have a "fair dinkum" commy as a leader  than a fake conservative or a "fake anything".