I AM enjoying Paris, not least because of the ueber-smorgasboard of politics offered here on Radio, on TV, in the papers,  in literary programmes, in cooking-presentations, in fashion-shows...it's politics, politics, politics. Perhaps this has to do with the next elections being less than 3 months away, but I think politics is in the blood of Paris and of France if not the blood of Paris and France.


A political animal myself, I am basking in the multitasking of people who have time on their hands: watching TV, scanning online, listening to radio, arguing with friends,  but it’s only when I go online to Australia that I see a seemingly GIANT battle brewing in the corridors of Canberra for the ALP leadership: "blood on the floor" - "heads rolling" - "drama of Shakespearean proportions" and the recurring worry, voiced by all sides: "what will they think of us over there?  Gasp horror!"

Well my lovelies, a little ditty by that delightful poet, Piet Hein puts it in a one-fits-all-nutshell:

Denmark seen from a foreign land
looks but like a grain of sand.
Denmark as we Danes conceive it
is so big you won’t believe it.


I have not heard one word nor seen one questionmark  about that huge epic fight in Oz, whereas I will really have to educate myself about Kangaroos and assorted marsupials who are all the go here when I mention "Australia". Neither the name  “Gillard“ nor that of  “Rudd“ excite the Gallic curiosity - so, even if one or both of them should still be there when I return to the Antipodes,  I wont spend my time researching them, since this kind of Canberra product does not seem to have export quality.

Regarding local politics, the  woman I admire most in this French election campaign is Marine LePen: every bully, every media outlet, every defamer,  every member of the herd, attack her and knee-cap her, yet she stands up to these packs, again and again,  head high, open, strong, unwavering: I would like one like  her for Australia. (And dont believe her accusers when, in desperance de cause, they call her anti-semitic: if I was French, I would vote for her, but if I was Jewish, I would doubly vote for her, she is the only friend Israel and the Jewish people have among the French politicians).

The one I admire least is  Jean Luc Melanchon, an extreme left bully, a Jew-hating trendoit, a faux rebel, loved by the media,  we thankfully dont seem to  have too many of his kind in Australia, yet: 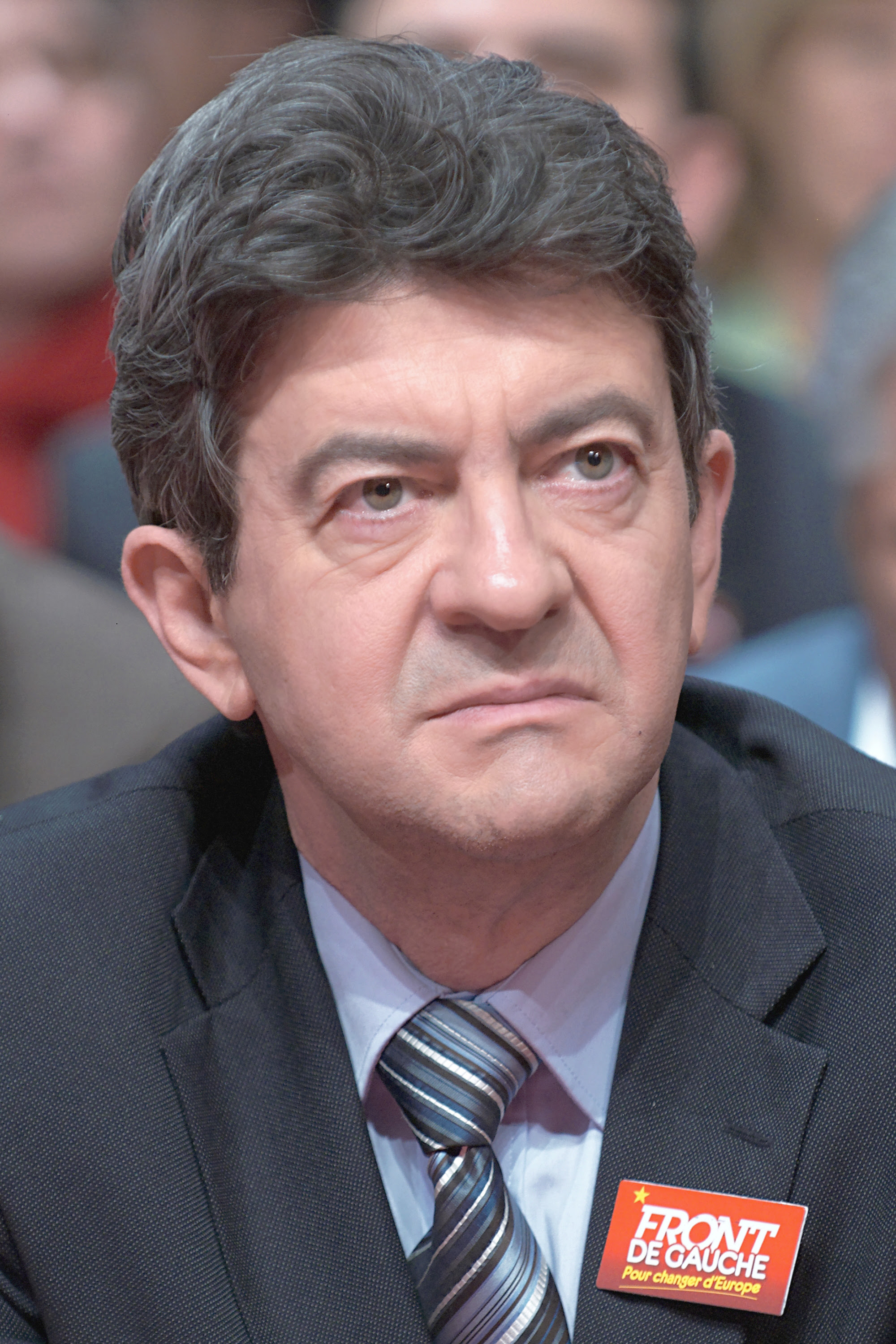 Marianne was in Paris tonight

No, not this Marianne... 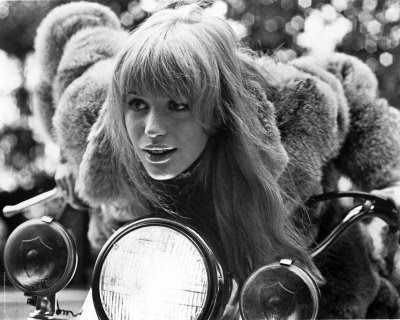 She is older -  perhaps even old now, and her figure is  of someone who eats too much for the wrong reasons, but I'm glad she came out this side of her dark tunnel , alive and still surviving.

Tonight at the Odeon she read 20  Shakespeare sonnets. The theatre was packed, perhaps because the tickets only cost 30 Euros, but I think we all liked her when she waddled onto the scene, endearingly dressed in an ill-fitting trouser suit which, rather than hiding her pudgyness, highlighted it. I also think the Bard would have approved of  her smokey voice-that-has-been-around-the-blocks-a-few-times- interpretation. The one she recited by heart was the one that everyone can quote at least the first  2 lines from (Shall I compare thee to a summer's day? Thou art more lovely and more temperate...) I found it poignant, how proud, or perhaps rather how relieved she seemed by this. The other 19 sonnets she read from a script, wearing  big reading glasses, and they too were touchingly unflattering.


Vincent Segal  who accompagnied her on the cello was brilllllllliant  and did things with his violoncelle  which reminded me that "if the heart could sing, it would sound like that".


I'm glad I finally saw Marianne Faithfull, even though I  have waited perhaps a little too long and will never see her now in her legendary  young flesh, but there is some tender magic in the fragility of maturity:

Thank you Marianne Faithfull for having reminded me that I once did ride through Paris in a sportscar with the wild wind in my hair… a long time ago though...

A blast from the past:

Miracle of the Internet: The one I once did ride with,  through Paris,  in a sportscar,  with the wild wind in my hair....a long time ago....found me again...just now...and, looking for this post to show him, I found that Maryanne Faithfull as she sang this song at the Odeon a couple of years back, was "deleted because of copy right etc.".... so here is the song...again, in an earlier version:  (Thanks for the memories) ! :) 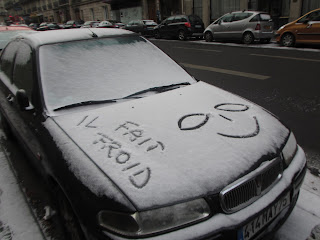 This car was parked in my street last week when the day temperatures rarely got above minus 4 degrees during the day. 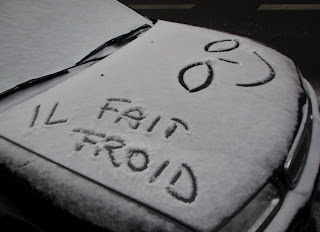 I  dont remember a time that cold in Paris ever. So I ordered a fur coat (FAKE * of course) from an online store which guaranteed delivery within 24 hours - at a pretty substantial additional cost.

3 days later later, getting even colder, I faced the fact that  the guaranteed-delivery-within-24-hours had become nothing more than a broken promise and I went into a Brocante who sold me a fur jacket (FAKE of course). My "combien svp" question was answered with "50 Euro mais je vous la donne pour 30 Euro". 5 minutes later I heard the woman repeat the same words to a client who was holding an art deco lamp.  Never mind, the bargain warmed the cockles of my mercantile heart and the fur jacket warmed the wrapping of my soul.

So now that  I am the owner of a winter coat (which I brought from Oz), a very big Fur jacket (FAKE of course) and an even bigger fur coat (FAKE of course) it will get warmer very soon and I will probably resent all this warmth giving comfort, when I return to Sydney and my checked luggage limit is 20 kgs.


*) While I would never wear a real fur coat  even if I could afford it (some of my best friends are feathery and fury animals), I think whats apparently happening here on public transport  to the people who do  wear real furs is going a little far: I'm told that people  put matches to the fur coats, even if there is a person in it.
Posted by Rita at 08:55 No comments: