How to BEAT Islamism: Bibi tells you

Australia too  has fallen for the latest  fad of how to combat islamic terrorism (and lose  !!!):  "You must win their hearts and minds and give us more money" say the immigration industrialists, the compassionistas and assorted (sometimes even well meaning) "experts". The buzz word is:

The latest wannabe jihadist who was arrested just before he could execute his plan for a terrorist attack on Australian soil  actually was - oh the irony !!! -  in one of those "De-Radicalisation" programs.

I think, one of the very best experts on how to combat islamist terrorism would have to be the Prime Minister of Israel. If anyone can speak from experience and with not a few successes under his belt, then it just would have to be Bibi. (The ones who are most in   need for such advice are  too busy demonising  Israel and the Jews to ask for it at the right places, or perhaps they really don't want to know...)

The question from this interviewer to the Israeli PM carried the clear  implication: "wouldn't it be better to offer them an alternative   ideology (like democracy) rather than go in with drones, bombs and soldiers".  (Also known as "why can't we all be kind to each other").  To be fair, she let the real expert have his say:

THE quote I take home  from this interview (original here)  is:

"...Combating Nazism first involved beating Nazism....
... you had the De-Nazification after you won..."

Early last week, a muslim terrorist, supposedly "under surveillance" by the Government, massacred a French Police commander and his life partner, also a police officer in their home, in front of their 3 year old little boy who survived "unharmed" as some reports said. "UNHARMED"!!!

The muslim killer recorded a Face book video, while waiting for the police to dispatch  him to his 72 virgins. He recorded his last "message" (a call for more killings in the name of Allah see it here at Rebel TV) while the little 3 year old  was in the same room, next to his decapitated mum. Reports say that they found the little  boy "prostrated" .

Of course, after trying to fob it off as an "incident" caused by a  "crazy loner,  killing some police", then as one of those "lone wolf attacks" so fashionable an excuse for islamic terrorism these days, even the socialist Hollande Government understood that this one  had been a step too far... and they quickly arranged a "beautiful ceremony"  for the battered police force in Versailles, allegedly  in homage to the victims: Not so much a "bread and circuses" as a  solemn "pomp and photo opportunity".

One policeman, however, did not play nice and refused to shake hands (*) with the President Francois Hollande and his Prime Minister, Manuel Valls:

Do you remember the story I told you about  One Brave French Policeman, the policeman they wanted to tame, then break,  then kill ? I was going to tell you more about his story and will do so yet. Meanwhile, here he is, Sébastien Jallamion, speaking at the real  homage  to his fallen colleagues, Place du Trocadéro, Paris, on 17 January, 2016.


Another speaker, an  outstandingly brave French Patriot and Resistant, Pierre Cassen,  addressed  what must be one of the most craven Governments in Europe, although, considering the stiff competition I should perhaps say: "a government just as craven and cowardly as most of the others". I had a short  conversation  with Pierre  just before posting this, in which I asked him to confirm a few points for me:

- Did Cazeneuve (the Interior Minister who, incidentally, is suing Riposte Laique before the Courts for Lèse-majesté )(*) really go to a Ramadan Dinner the day after this massacre?


Pierre: He went to the Grande Mosque of Paris some  48 hours after the two murders.

- Is it true that French Police did/do not have the right to carry a gun outside of their working hours (despite the State of Emergency declared in France since the November terrorist attacks in Paris and still in force)?


- And now, in a gesture of great generosity, Cazeneuve will allow the police  to carry a weapon outside their working hours, something they have asked for for many years?


-  There are  calls from the Antifa, the Jihadists and  elements of the Left to "kill some cop". Is that true?


Pierre: They don't say it exactly like that, but they call the police  "assassins", which stirs up that violence against them.


And here is Christine Tasin, Présidente of Résistance Républicaine, one of the bravest Women I know.

In Italy, six hundred and forty;
In Germany, two hundred and thirty-one;
A hundred in France; in Turkey, ninety-one;
But in Spain already one thousand and three.

There were other speakers there, and I will translate some of their speeches and bring them to you, meanwhile for those who understand French, here they are.


(*) I do believe this was the caricature that got our friends at Riposte Laique taken to court by Cazeneuve who actually really said that he finds France's claim to Christian Roots quite nauseating.

A call from the French Resistance (updated)


I was away for a while because of an  unexpected  stint in hospital. There I learnt that the fastest Karma you are ever likely to get is from the way you treat Nurses: good or bad. I'm lucky enough that, as somebody who faints at the mere sight of blood, including my own,  I simply melt in admiration before  people who do such a job and so the Karma was excellent  and "a good time was had by all" ;)

Normal posting will resume soon, but here just a quick translation of an urgent press release from  our friends at Riposte Laique and Resistance Republicain, in the wake of the two police officers, murdered yesterday in front of their 3 year old child. (And some  media reports say "the child survived UNHURT", after witnessing the massacre of his parents ??? ) Oh, and note  to Obama/Clinton/and assorted opportunists: not a gun in sight other than the ones used  to "neutralise" the muslim terrorist and so save the little orphan. 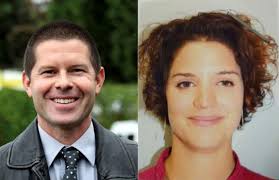 French People, lets take to the streets! Tribute to our murdered police! Out with this government!

We demand the Resignation of this government!

A couple of police officers was killed in Magnanville (near Paris) in their home in front of their three year old child, by a Muslim "under surveillance for terrorism”, who was left in liberty by our socialist State as were tens of thousands of others.

This murder, perpetuated a few hours after the Orlando Killings, a few weeks after the massacre of Brussels, a few months after the slaughter at the Bataclan, and a year and a half after the attacks on Charlie Hebdo, confirms that the Western world suffers a barbaric war, waged against it by Islam, on its own territories.

In our country, France, since January 7, 2015, our government has taken no effective measure to protect our compatriots. Instead it has multiplied the acts of allegiance to the religion of the killers. It did not shut down any mosques, has expelled not even apologist for jihadist terrorism, has taken no action against the proselytism of a dogma which, via the construction of mosques, the profusion of islamic veils and halal butchers, targets our country more and more agressively.

Worse still, this regime and his interior minister, [Bernard Cazeneuve] have imposed on France, since January 7, 2015, tens of thousands of newcomers, mostly Muslims, often aggressive against our police and our countrymen, as shown daily in Calais.

Even more damning, instead of devoting all the forces of the state apparatus to the fight against Muslim terrorists, this minister has dared to file complaints against the patriots who resist, and order his services to increase the persecution of the French who dare challenging his angelic vision of Islam.

It is high time that the French react and take to the streets, wherever this can be organised. This interior minister must be dismissed urgently, and this entire government, unable to protect our compatriots, must resign.

We propose that this weekend of 17, 18 and 19 June, on the anniversary of General de Gaulle's call, wherever possible, be held rallies by patriots paying tribute to two murdered police officers, but also to all victims of Islam in France and worldwide.

We ask that these rallies take place in a united and unifying spirit. We will take our responsibilities particularly in Paris, with other political or associative forces, for a gathering to be held in a place and on a date to be specified in the coming hours.


Update:
Details of the Rally in Paris:

In Hommage to the assassinated Police Officers 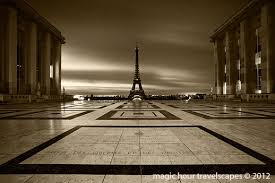